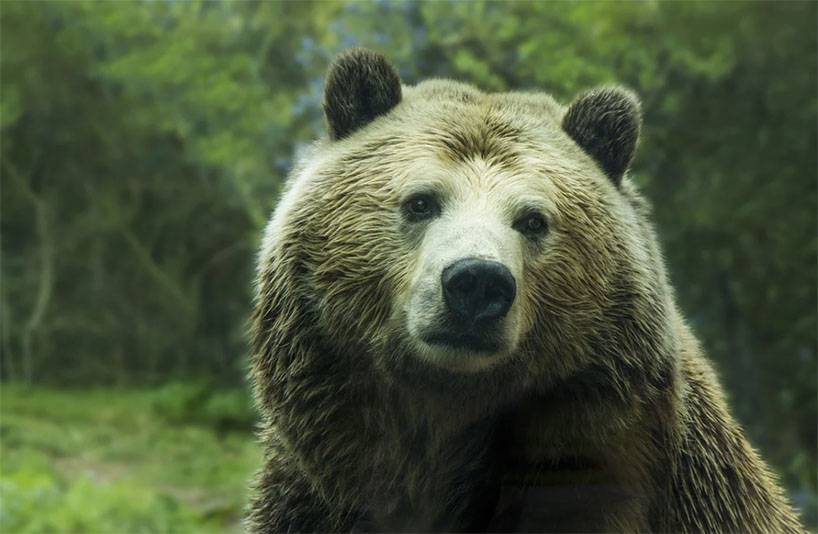 Bear hunting is the most dangerous and therefore the most attractive kind of hunting for an experienced hunter. When encountering this beast everything is decided by marksmanship, coolness, a steady hand and strength of mind. And bringing a bear carcass as a trophy among hunters is considered the pinnacle of skill. This article summarizes the key ways to hunt this animal:

What do I need to know about the brown bear?

It is an intelligent, agile, strong and fast animal, and hunting it is not an easy task. It has practically no weaknesses: it is an excellent runner and swimmer and climbs trees well. Therefore, he must have the same opponent: strong, sturdy and well-prepared.

Bear hunting is one of the oldest trades in Russia. In the past, warriors proved their courage by going one-on-one with the beast, carrying only a slingshot and a dagger. Nowadays there are much more sophisticated weapons at a mans disposal during hunting. But for a beginner, even an accidental encounter with a predator can be fatal. To avoid this, you should first learn as much as possible about the prey:

A successful hunter is one who knows the habits of the beast and uses them to get the desired prey.

Bears are omnivores, but oat fields are especially attractive to them. On grain, the predator gains weight well and quickly, which is vital for them before winter hibernation. Usually, they visit the same field year after year and an experienced hunter will easily find traces of bears presence there. In this case, you can proceed to the second point of the hunt – the construction of a camp.

For it you should choose a reliable and strong tree with a dense crown. The camp should not be visible, otherwise, the bear will stop going to the field (until he is convinced that the territory is safe, which may take several years). There are some rules when building a hunting lodge:

Before taking a position, remember that bears are guided by their hearing and their sense of smell. Some experienced hunters, before going on a bear hunt, do not shave, smoke, drink alcohol or use any cosmetics (deodorants, colognes) for a week. Clothes and shoes are ventilated to get rid of all kinds of smells.

The success of bear hunting on oats largely depends on ones patience. Waiting can take a long time, but it is necessary to remain focused and attentive: the animal always appears unexpectedly, as it moves almost silently. There are also other recommendations, which are important to know for both huntsman and hunter:

All forest host hunting tactics can be divided into two big groups. The first assumes that the hunter waits for the beast in a specially prepared place (a camp or a lodge). Then the success of the event is directly related to how silent a man can be. If the bear hunt does not involve a long wait (the hunter follows the trail), the dogs will be excellent companions.

It is best to go to this animal with huskies. Two or three dogs are let off leashes. Their tasks include:

The shot should be made when the bear is in good visibility and in such a way that the dogs are not harmed. An experienced hunter knows how difficult it is to raise and raise a decent four-legged helper. He will not risk his skin in vain on the hunt. By the way, to bring up hunting dogs, they are put to sleep on a bears skin while they are still puppies. Growing up, they are not afraid of these predators, and bravely rush at them.

The most difficult, but also one of the most effective methods is bear hunting with the approach. It is chosen only by an experienced hunter, confident that:

Prepare for hunting with the approach in advance. It should be done if there are a lot of small feeding areas in the forest which the animal visits in a chaotic manner and its just not possible to cover all the points with camping sites. Its better to be prepared for a long hike and to take everything you need. It is not advisable to follow known bear trails – it may frighten the beast.

You should move as quietly as possible. It concerns not only silent step: it is recommended to arrange all things in backpack so that they dont jingle and dont rustle. Accidentally knocking a spoon on a bowl will scare the prey, and the frightened animal will behave more cautiously.

The tactics of hunting with the approach is as follows:

Hunting for bear in a bait (or on a lodge) is similar to hunting on oats. But here a cow, elk, chicken or fish carcass is used as bait. The hiding place is built 20-30 meters away from the animal carcass, and then the hunter hides and waits. Despite the apparent simplicity hunting on a lure is one of the most dangerous. When planning it, you must take into account the following points:

There are a number of other bear habits and characteristics, knowing about which, it is easier to organize a thoughtful hunt for a valuable trophy:

Bear hunting is a complex task that must be approached wisely. Make sure that you are fully prepared, take with you a proven weapon that does not malfunction. For the first time to go out on this dangerous beast is better still in the proven company of experienced gamekeepers. Later you will be able to go hunting on your own.

A bears skin is the main trophy of a seasoned hunter. Everyone knows about the strength, speed and danger of this animal. The bear is a clever and cunning predator. Thats why not every hunter will dare to take such a risk. In order to have a successful bear hunt the hunter must be experienced, know certain rules and be confident in his abilities. For human safety as well as for the preservation of natural resources this kind of hunting is specially regulated by the order of the Ministry of Natural Resources of Russia. Before hunting you should get acquainted with its latest edition, which can be found on the Internet. The order allows hunting on the den, with dogs, on bait and on oats. In addition to the official regulations, it is not superfluous to know the rules of experienced hunters, which they have accumulated over the years.

Hunting for prey is possible only at certain times. These dates vary and should be checked with the local natural resource protection authorities. Usually, they do not exceed 60 days and fall in the fall and spring. Local authorities may direct the shooting of injured animals, as well as bears awakened in winter hibernation. Such animals are dangerous to local residents.

Den hunting is not as easy as it seems. Finding a den, especially at the end of winter, is very difficult. In the fall, when the bear chooses a place to hibernate, he purposely mixes up his tracks. To find it, one can orientate oneself on the torn moss, broken branches of trees and bushes, as well as on footprints. The bear is hunted in a group. No matter how much the hunter wants to face the beast alone, it is too dangerous. Hunters observe silence and caution. It is customary to take the dogs. They come to the den early in the morning and in complete silence, because the bear can jump out of the den at any moment. The hunters take their positions, and only one man stays near the entrance. The others are positioned on both sides of the lair in order to avoid being shot by each other. Next, the dogs wake the bear by barking. The louder the barking, the closer the animal is. Males are especially quick to respond to the bear, but females may not come out of the den for a long time. When a bear comes out of the den, its actions are completely unpredictable. Furious, it can attack dogs and people alike. The shooter has only a few seconds. He has to hit the vital area, otherwise a minor wound will only make the beast angrier. If a bear escapes from the hunters, it has to be hunted down and killed, which takes two days. Such jackknifed bears are dangerous, they can accidentally walk into a village close to the forest. For roaming bears they organise so called round-ups. To organise a round-up, the first group of hunters creates a noise, shouts and walks in a semicircle towards the roe deer. The bear, trying to get away from them, attacks the shooters. They are obliged to make accurate shots.

Hunting with dogs is also very common. Trained huskies find and pursue the bear. The hunter follows the bark. By orienting himself to it, he understands how far away the animal is. When the bear gets tired of the chase, it starts to attack. Thats why several dogs always participate in the chase, which prevents one barker, which is difficult to stand alone against a bear, from getting hurt.

Bait hunting consists in creating an ambush for the beast and placing a bait not far from it. Usually it is a dead animal. The bait is attached to the ground with spades, so that the bear does not immediately run away with it into the woods. This type of hunting is usually done in the spring. The animal is hungry and looking for carrion. The key to success is a good camouflage of the bait, otherwise the bear may feel something wrong and not come close to it.

Oat hunting is not the most frequent choice of hunting enthusiasts. It is usually organized for clients who have come to the base to hunt. Experienced shooters do not like this kind of hunting, because it does not require skill, experience and proficiency. The huntsman leads the hunter to the point where he is waiting for the beast. Hunting on oats lasts about two weeks. It is in the summer, when the bear eats oats. The bears presence can be seen on oat stalks, which seem to be sucked up, and also on traces of the bears rolling on the ground. Then a small camp is built in this place, from which a large enough space can be seen. The hunter sits in it in advance to get a shot. The hunting starts in the evening. Its impossible to determine the exact time of bears coming; thats why the hunter watches him quietly on the camp. The shot is made when the animal comes as close as possible. If the animal is wounded, it is chased by trained dogs. According to the rules, a wounded bear must be found within two days.

So, bear hunting is a difficult and risky activity, which is carried out in a group of experienced hunters. Together people gain experience and do not put themselves in danger.

Recommended for you:
Sunstroke and Heat Stroke: Signs, Symptoms, First Aid
How to Behave During a Thunderstorm
How to Start Fishing
Hunting With Stuffed Ducks in the Fall
10 Easy Ways to Make a Fire Without Matches
Weaving a Paracord Belt
Wound Treatment On a Hike
Surviving in the Wilderness: 8 True Stories of People Who Managed to Survive in the Wild
How to Properly Prepare for the First Hike
What to Do if You Fall Through the Ice: a Survival Guide
Survival Kit for the Woods - a List of the Most Necessary Things
How to Properly Set Up a Tent When Camping
Where to Put the Trash in the Woods: Useful Tips and Tricks
How to Make a Tree House With Your Own Hands