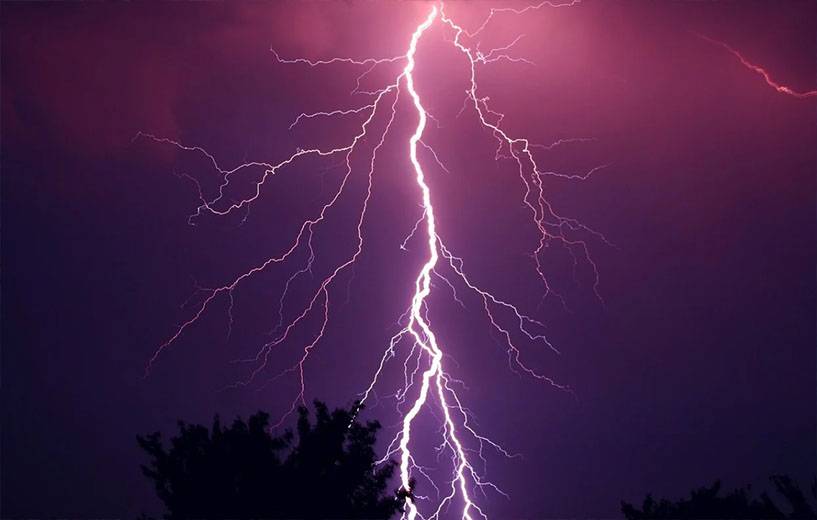 How to Behave During a Thunderstorm

How to behave properly during a thunderstorm

How to behave during a thunderstorm to avoid being struck by lightning? In summer, this question can become not only a question of safety, but also of life. Of course, if a thunderstorm is coming, it is best to stay at home, close the windows tightly and turn off electrical equipment. But when inclement weather caught you outdoors, in the woods, in the field or by the water, for safety you need to follow some not so complicated rules. Novosibirsk News has prepared a small, but very useful instruction – what and how to do during a thunderstorm to avoid very unpleasant consequences.

Take shelter from thunderstorms in any nearby building. An open porch is unlikely to be available today, but it could be a store, a pavilion, or an institution. As a last resort, you can hide at a bus stop, but dont touch its walls. Advancing to the shelter, do not open the umbrella over you. Try not to run, duck slightly.

One of the safest shelters from celestial electricity is a car. If a thunderstorm catches you driving, stop away from trees and power poles, turn off the engine, close the windows, fold the antenna, and turn off the stereo. While its pouring rain, its dangerous to touch metal doors in your car. Even if lightning strikes the car, it will become a lightning rod: the discharge will pass over the body and through the wet wheels will calm down in the ground.

Leave the body of water

If a thunderstorm started while you were swimming, fishing or boating, get to the shore and walk a safe distance away from the water in a calm step. Do not run! Water is an excellent conductor of electricity, and a lightning strike travels within 100 meters of it. You should put your fishing rod within a few dozen meters of yourself.

Do not try to hide under a solitary tree. Lightning strikes the tallest objects. Move 30-40 meters away from such a tree. It is safer to take cover under the canopy of young shrubbery trees.

From an elevated or high bank descend into a low place with low trees – a ravine or gully. Leave the high bank of the river. It is impossible to lie down on the ground, but also directly to stand is dangerous. Better crouch down and put your hands around your knees. It is well, if there will be any natural recess. It is dangerous to stay in a clearing, especially near a solitary tree.

Rock, house walls, drainpipes – all these things attract lightning, you should not touch them, as well as any metal objects: fixtures, fences, grates, bicycles. It is better to stay at least 30 meters away from a bicycle or motorcycle. Everything that contains metal, including jewelry, must be removed from your body and keys must be taken out of your pockets.

Eliminate the source of the smoke

In a private home or bathhouse, the danger is posed by a burning stove – the smoke coming out of the chimney is highly conductive. For the same reason, you should extinguish the fire if it has not yet begun to rain.

Turn off your cell phone

It is not known exactly whether having a cell phone increases the likelihood of a person being struck by lightning, but you should not experiment. As for the landline phone in the apartment, it is better to unplug it and move away from wires and outlets.

If a person has been struck by lightning, it is of course necessary to call a doctor immediately, but there is no time to lose before the rescuers arrive. If the victim is unconscious, he should be placed on his back and his head turned sideways so that his tongue does not interfere with his breathing. The wounded skin surface should be cleaned and covered with clean bandages, and an analgesic should be given. If there is a skill in heart massage, it should be applied before doctors arrive to restore the victims heart rhythm.

My friend was struck twice by lightning. A survival expert on how to behave in a thunderstorm

– What to do if there is a thunderstorm on the way?

If you go in the car, stay in the car. Even if something gets into it, which is rare, the chance of it having consequences is small.

If there is a gas station on the way, stop there. Gas stations always have lightning rods. There is always good protection due to the specifics, because gasoline is a flammable liquid.

If a thunderstorm catches you outside while youre walking, dont stop in the middle of the road, attracting atmospheric electricity. Find a hole, sit in it, and get down. On an airplane, theres a safety pose – sit down, pull your knees up, duck your head. Its the same here.

Thunderstorms usually dont last long. Yes, you will get wet and cold, but you have to sit.

This can lead to fatal consequences.

– Is it necessary to get under the trees in a thunderstorm?

– You shouldnt. Especially if its a lonely tree. Why does a man want to take shelter under a tree? He wants to hide from the rain. Its a common human reaction.

But a lone tree in a field is very likely to be struck by lightning.

In the woods, it is best to stay away from tall trees. It is better to take cover in bushes, undergrowth.

Most importantly, do not stand next to tall trees.

– If there is a power line nearby – what to do?

– In a thunderstorm, it is better to stay away from this place. Lightning can strike there, too. It is better not to tempt fate. If you see a power line nearby, go away.

– What advice can be given if a thunderstorm catches a person in the city?

– Could an on cell phone be an added hazard in a thunderstorm?

– I have not encountered such a thing. But there is a simple principle: if something can happen, it will happen. If you think it can happen, and you are able to turn off your cell phone without harming yourself, then you should turn it off.

Whether or not lightning will hit him is debatable. But in a particular situation, its a question of preserving life, if you think so and feel safer that way. In Germany there was a case where an automatic gun on an APC went off because a cell phone call occurred.

So if you feel calmer, turn off your cell phone during a thunderstorm. When the storm passes, turn it on.

– Should windows be closed during a thunderstorm?

– All thunderstorms are accompanied by wind. I close the windows. I dont want the rain pouring in the windows, the wind tearing the curtains, the drafts.

Lightning wont go through the window. But a gust of wind can cause the frame to swing open, strike, and shatter the glass.

– Why turn off appliances?

– Probably due to power surges. It happens all kinds of things. The house itself is protected by lightning rods. But power surges happen. And all appliances are very sensitive and can burn out.

If you think its dangerous and you can do it without loss, do it.

– What to do if a person is struck by lightning before your eyes?

-The heart is pumped if the person is lying still. This is an electric shock, and it is necessary to start the heart immediately. And if there are no such consequences, just give psychological support.

My comrade was struck by lightning twice in the mountains, a year apart. After that, he thought it was almost a sign to stop hiking. He helped me find specialists who talked to him. Now he goes to the mountains again, goes skiing, everything is fine.

If all is well after such an incident, just provide psychological support. Because it is really a shock for the person.

If you lie motionless, do indirect heart massage and call an ambulance.

– What is ball lightning and what to do if a person encounters it?

– I have never encountered such a phenomenon. I only read about it.

I know not to move. A ball lightning bolt hangs in the air and reacts to the fluctuation of the air. A person moves, pulls the airflow, and it moves. So you just have to stand still here. Its a blob of energy, and it flies, guided by the air currents. There are times when it flies away. Its a strange thing. So its better not to move and just wait. No need to experiment.

Recommended for you:
How not to Get Lost in the Woods: a Reminder for Nature Lovers
What Canned Food to Take on a Camping Trip?
Where to Put the Trash in the Woods: Useful Tips and Tricks
Hunting With Stuffed Ducks in the Fall
How to Make a Handle for a Knife by Yourself
How to Make a Wild Boar Hunting Spot
How to get a fishing license
12 Fishing Knots for Hooks
How to Start Fishing
Survival Kit for the Woods - a List of the Most Necessary Things
Surviving in the Wilderness: 8 True Stories of People Who Managed to Survive in the Wild
How to Properly Set Up a Tent When Camping
November Vacation on a Budget: Traveling to Argentina
Weaving a Paracord Belt