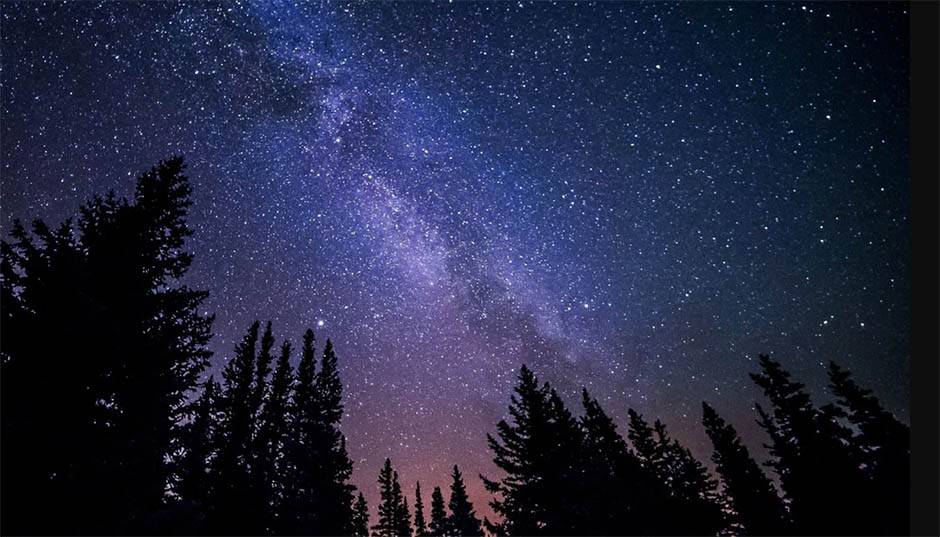 How to Navigate By the Stars

Every traveler can get caught in a moment when there is no compass or GPS at hand, and it is necessary to move at night in search of a suitable place for overnight stay, or in the desert, when a comfortable movement is possible only at night. The moon is not always visible, but if such situations arise it is possible to orient according to the night luminaries, the trajectory of which is always the same. Orienting by the stars will help not only to find the right side of the world, but sometimes even to survive.

Of course, you can only get oriented correctly if you have the necessary experience, so before you go traveling in the wilderness, it does not hurt to practice how to navigate by the stars, first in the night city.

Ways to orient yourself with the stars

There are several methods that you can use to navigate by the stars.

Using the main nighttime landmark, the Polaris. This celestial body is the main and only nighttime luminary that never changes its position in the sky. It is an accurate landmark because it always indicates the direction of north, deviating from the trajectory with minimal errors (1.5 degrees).

It should be remembered that, mistakenly guided by the brightest star, it can be confused with the planet Venus, because it is brighter than Polaris. Therefore, to find this celestial luminary, you must navigate to the constellations of the Little and Big Dipper, popularly known as the big and little dipper.

Polaris is located at the outermost point of the bucket of Ursa Minor. Since the constellation of Ursa Major is always more visible than Ursa Minor, you can also use it to find Polaris: find two stars on the edges of the bucket, draw a straight line forward equal to the five distances between them, and come across the same tail of the Ursa Minor, which is the Polaris star.

In addition, you can find the constellation Cassiopeia, which looks like the letter M or W. If you draw an imaginary straight line through a luminary near the central one, you may also stumble upon the sought-after Polaris. Thus, when the search is successful, orienting on the ground will not be difficult: looking directly at the Pole Star, you will find south behind you, east to the right, and west to the left.

Star orientation for the Southern Hemisphere is based on the constellation Southern Cross, which indicates the southern direction. This constellation is represented by four celestial bodies arranged in the shape of a cross. It is important not to confuse it with the False Cross, located to the right, which has the luminaries at some distance from each other. To find an indication of the southern direction, you need to draw a line along the luminaries that form the vertical part of the cross. To be sure not to make a mistake, you can wait for the Southern Cross to take a vertical position perpendicular to the horizon line, then the south will be directly below this constellation.

In addition to the above, there are additional methods of how the starry sky can be oriented in nature, the wilderness:

With the help of the constellation Orion

Ways of orienting by the starry luminaries of any constellation.
Orientation by stars will help you find an indication of east or west direction. This can be done using the constellation Orion, which resembles an hourglass of a curved shape. In summer, it cannot be seen because the constellation is in the sky during the day. In winter it can be found by the stars that form its belt in either hemisphere, Orion being just above the equator. The right stellar body in its belt, called Mintaka, rises anywhere on Earth in the east and falls in the west.

Another way is the following: you need to identify the central star in the belt of Orion, and find the stellar body located to the bottom right of it. If you draw an imaginary straight line from this star to its neighbor to the left, and then connect the middle of this distance to the central star body and continue straight, it will indicate the southern direction.

Star orientation can be done not only based on the constellations mentioned above. In doing so, the following tips should be used:

Since the stars move along a trajectory from east to west, the following conclusions can be drawn from the movement of the landmark along the imaginary line:

In addition, you can navigate by the Milky Way, visible on a clear night: for this it is necessary to remember that it runs from north to south.

Recommended for you:
How to Properly Set Up a Tent When Camping
First Aid for Lightning Strikes: Step-by-Step Actions
How to Start Hunting
How to Determine the Sides of the World from an Ant Hill
12 Fishing Knots for Hooks
How to Open a Jar With a Lid - 5 Ways
What Canned Food to Take on a Camping Trip?
Survival Kit for the Woods - a List of the Most Necessary Things
Survival Kits - Why are They so Popular?
How to Make a Fire in the Rain in the Wods. 10 Tips for Making a Fire in the Rain
How to Make a Wild Boar Hunting Spot
How to Make a Tree House With Your Own Hands
Sunstroke and Heat Stroke: Signs, Symptoms, First Aid
Bear Hunting: Approach Hunting, Oat Hunting, and Other Modern Tactics