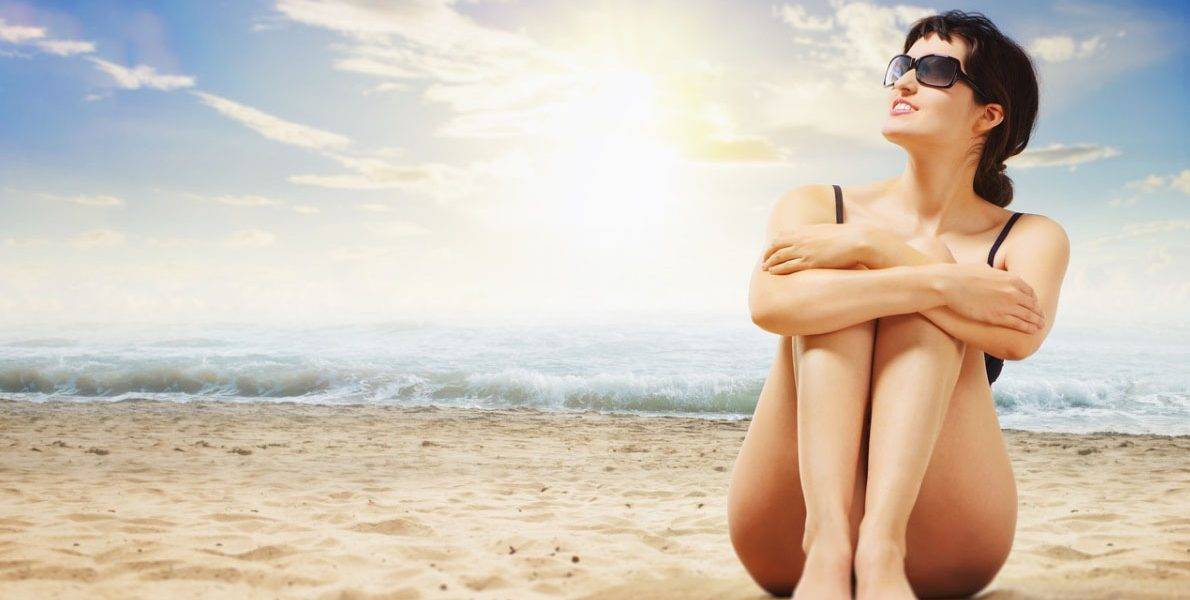 Even a short stay in the heat can be enough to get sunstroke or heat stroke. To avoid overheating, you should always follow the simple rules of prevention of these emergency conditions. Particular caution should be exercised by those who already have a headache after a few minutes from the sun. Such sensitivity often indicates hypotension, the presence of problems with blood vessels and internal organs. Also at risk are children, the elderly, people who are overweight and hormonal disorders, drinkers and smokers.

The consequences of sunstroke can be serious, so everyone should be aware of the features of the clinical picture of the condition and the rules of first aid.

Sunstroke is a type of heat stroke. It is an acute condition that results from exposure of a persons head to direct solar radiation and overheating. If you have felt intense heat in the top of your head while in the sun, there is a very high probability of a painful phenomenon.

Exposure to a physical factor leads to a sharp and pathological dilation of the blood vessels. Blood rushes to the head in a large volume, there is a risk of stagnation of the biological fluid. This is fraught with small hemorrhages, circulatory disorders, accumulation of toxins and free radicals in the tissues, disruption of sweating. Headache after sun exposure can occur suddenly or after some time. In both cases, a characteristic clinical picture develops.

Sunstroke is accompanied by these symptoms:

If a few hours after exposure to the sun you have a headache and nausea, it is necessary to carry out all the same measures that are designed to provide first aid to a person with an emergency condition. This will prevent the situation from worsening and the development of complications.

Consequences of sunstroke by degree

The results of the negative effects of the sun on the human body can vary. In most cases, the phenomenon leads to a temporary worsening of the condition of the affected person, but soon the symptoms disappear and everything normalizes.

Under the influence of a number of factors, the likelihood of complications increases significantly. This is contributed to by high humidity, hypertension, IHD, obesity, heart defects. Children under one year of age and the elderly, people under the influence of alcohol or stress are at great risk.

After exposure to the sun, one of three degrees of emergency may develop:

mild – cephalgia appears, pulse becomes rapid, skin becomes dry and red, temperature rises. Muscle pain is not uncommon. If the clinical signs are pronounced and help is not given, there is a risk of skin and brain damage;

Moderate severity – the basic clinical picture is supplemented by nausea, vomiting. The person may lose consciousness. In the initial presence of the victim of diabetes mellitus, gout and other diseases of internal organs, there is a high probability of the development of serious adverse effects. Dilation of cerebral vessels is often accompanied by microscopic bleeding. Prolonged course of the disease without treatment threatens hemorrhagic stroke;

Severe – to all of the above, a fever of over 40 degrees Celsius is added. The patient is lethargic, delirium and hallucinations are likely. The pulse rate is lower than normal, and convulsions occur. If the person is not treated immediately, loss of consciousness is likely to lead to coma and death.

One of the most common and dangerous complications of sunstroke, regardless of its degree, is dehydration. Pathological fluid loss threatens to disrupt the water-salt balance, vitamin and mineral deficiencies. This leads to a failure of metabolic processes and disruption of internal organs. It is important to understand that you cant fight the phenomenon with alcohol, energy drinks and carbonated beverages. Such liquids only aggravate the condition.

Sunstroke in a child

The thermoregulatory system in children is still underdeveloped, so a child suffers more than an adult when overheated. Children dressed in synthetic clothing, overweight babies, or those with nervous system disorders are more likely to get sunstroke. The danger is a violation of the drinking regime in hot conditions. The clinical picture is standard, but the symptoms are brighter and progress faster.

If a child has a headache and develops a clinical picture of sunstroke, it is strictly forbidden to do the following:

The treatment for sunstroke in children should be the same as for an adult. Even if a mild condition is suspected, an ambulance should be called so that specialists can assess the victims condition and rule out the possibility of complications.

First aid
The first thing to do when a person is suspected of developing sunstroke or heat stroke is to rule out exposure of the body to a provoking factor.

The patient should be moved to a cool, well ventilated room or to shade. Do not allow masses of people around the patient, the space should be as free as possible. Call an ambulance or paramedics as soon as possible.

Emergency aid in case of sunstroke:

Whether to call an ambulance

Even at a mild stage of sunstroke, it is better not to take risks and seek help from professionals. The pathological condition does not always develop brightly against the background of exposure to the provocative factor, sometimes it can become complicated after the person has left the sun. The above remedies may not be enough to completely neutralize the pathological processes. This is especially true in cases of people whose condition is complicated by the presence of additional risks (disease, obesity, age).

The medical team will use antipyretics, antihistamines, and anti-inflammatory medications. Doctors will restore the patients water-salt balance, preventing the effects of dehydration. In some cases antispasmodics may be necessary. Qualified specialists, if necessary, will carry out all necessary resuscitation measures, reducing the likelihood of a lethal outcome.

What to do after a sunstroke

When first aid is given and the patients life and health are not in danger, the work is not over. In for several days a number of rules must be followed that will allow the injured person to recover quickly without unpleasant consequences for the body. First, it is better to minimize physical activity for 1-2 days. If possible, it is better to spend this time in bed, away from the scorching sun. Secondly, you need to drink a lot to restore the water balance and remove toxins from the body. Thirdly, it is recommended to take a shower several times a day, so that the products of metabolism, which go through the skin, do not accumulate on its surface.

The bodys reaction to heat or sun exposure develops rapidly. At the first signs of a problem, there is nothing that can be done to prevent the condition, but only to lessen its harmful effects. Such phenomena are a strong stress for a person, which never goes away. It is better to take care in advance to minimize the potential risks.

To prevent the development of sunstroke, it is necessary to follow these rules:

The human body is unable to function properly without sunbathing and exposure to ultraviolet light. People who get a headache even from a short stay in the sun should see a therapist or neurologist. Perhaps a specialist will be able to identify the causes of this phenomenon and tell you how to eliminate them.

Sunstroke is a type of heat stroke.

Is sunstroke a burn?

No, they are completely different concepts even though the cause may be the same – exposure to sunlight.

Although it is not uncommon for sunstroke to be accompanied by skin burns.

Sunstroke often occurs when a person is in the sea for a long time on a swimming mattress or lap. Being exposed to direct sunlight for a long time does not save even a hat.

Exposure to the suns rays on a person with an uncovered head primarily affects the brain. 20-30% of such cases are fatal without medical attention.

Who is at risk?

The elderly, pregnant women, and young children are at higher risk of heat stroke. People with cardiovascular disease are also particularly affected.

Are there any factors that contribute to sunstroke?

Sunstroke is the same as overheating. The body cannot fight prolonged exposure to high temperatures.

The first symptoms of overheating are excessive thirst, weakness, dizziness, nausea and vomiting. Once sunstroke begins, the person stops sweating and may even stop drinking.

Three degrees of severity of sunstroke:

Disorder of coordination, stunned state, fever are added to the main symptoms.

If after first aid there is no possibility to transport the victim to a colder place, he begins to have delirium, hallucinations, loss of consciousness, the skin becomes cold, the pulse quickens. Such a condition is life-threatening.

In this case, urgent medical care is needed.

Sunstroke most often affects children 2-5 years old playing in the sun without a headdress.

How do I prevent sunstroke?

If you need to be outside in warm temperatures, drink plenty of fluids regularly. And never ignore early warning signs.

How to help a person?

Remember, long periods of rest in the sun can be fatal if sunstroke occurs.

Recommended for you:
What Foods to Take With You on a Hike
How not to Get Lost in the Woods: a Reminder for Nature Lovers
Where to Put the Trash in the Woods: Useful Tips and Tricks
Surviving in the Wilderness: 8 True Stories of People Who Managed to Survive in the Wild
Snow Avalanche: Varieties and Safety
10 Easy Ways to Make a Fire Without Matches
How Do You Physically Prepare for a Hike?
How to Make a Fire in the Rain in the Wods. 10 Tips for Making a Fire in the Rain
SOS signal with a knock. How to give SOS signals correctly
How to Make a Tree House With Your Own Hands
How to Properly Set Up a Tent When Camping
November Vacation on a Budget: Traveling to Argentina
Hunting With Stuffed Ducks in the Fall
12 Fishing Knots for Hooks