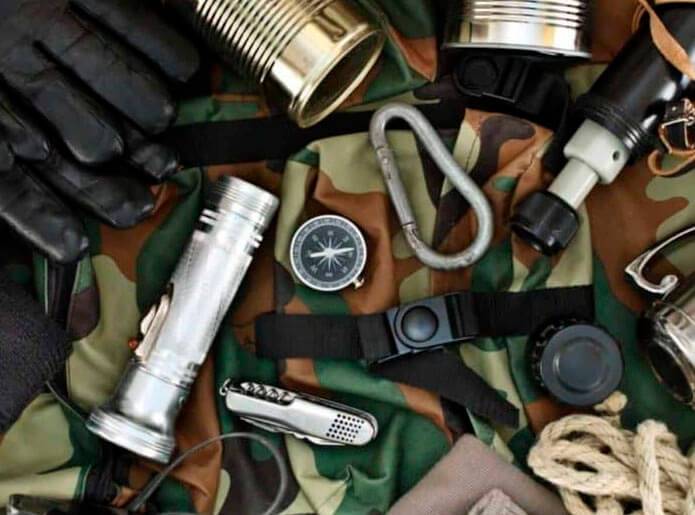 Survival Kits – Why are They so Popular?

I saw this set quite by accident. More precisely, not so – at first I saw the price tag on which was written “Survival Kit”. I still remember the word “survivalist” very much – it made me stop at the window and see what kind of miracle it was worth $22.

I turned it over in my hands – looked at the contents – did not understand the meaning and left. I will not say that I’m such a cool Rimbaud surviving in the jungle with one knife, but since my school days I have respected many days of hiking in swamp forests and was fond of orienteering.

And later, in very specific educational institutions, I had to study very closely everything that is hidden under the term “survival”. And not in the version of the program “The Last Hero” but in an adult way … well, yes, it’s lyrics.

Let’s go back to the “Survival Kit” which has not left my head for several days. It really became interesting – could anyone buy it for $22.

I returned to the store to look again – fortunately, the guys who are the sellers are acquaintances there and allow me to “dig in the insides”. I asked to show the set – it turned out that there was the last copy from the showcase – for three days while I was thinking, they bought ALL the sets except this.

Then, of course, without hesitation, I bought it so that I could calmly figure out at home what kind of miracle it is and why they buy it.

A strange set of items

The kit itself is hidden in a small plastic “box” that closes with a latch and has an incomprehensible cord – probably for carrying in the hand. Imagine a person in an emergency walking through a ruined city with such a “box” on a string in his hand.

All items of the set are neatly packed in individual plastic bags. The box is “lined” with foam rubber from the inside – probably so that objects do not rattle during survival.

Well, it would be strange not to find a compass in such a set. Of course, it is here, although it is frankly flimsy plastic. But that’s better than nothing at all. The # survival compass doesn’t pull at all – rather, it’s a version for orienteering – lightweight plastic with a strong cord to hang around your neck while running.

It remains only to hope that the “office plankton” is generally aware of what a compass is and how to use it.

A useful thing in the skilled hands! The main thing is that your hands should be able to strike a spark not by pressing the mouse button in the game “Zombie survival” but in real life.

The purpose of this iron plate (a ruler? Some specific key?), Which was hung on one cord with a flint, I could not think of – honestly, I confess. If anyone knows, please write in the comments.

Another name is “saw-string”. At one time it was developed specifically for completing the NAZ (wearable emergency stock). Lightweight, compact. It looks unusual and, by its very appearance, increases the adrenaline level of the future “survivalist” (and today a simple “office plankton”) by 3 points at once.

According to the idea, such a saw should help to cut a tree trunk, bone, soft metals, etc. But in reality it is a very specific thing and it is still a quite doubtful pleasure to cut with such a “thread”.

At one time we had a punishment on campaigns – to cut wood with such a saw – on a par with washing fat pots in an ice stream. I must say that the kettle and ice water were chosen more often.

It is also quite a useful thing both in a peaceful campaign and in emergency situations – you can protect matches, potassium permanganate, hooks from moisture.

A useful but not the most important thing in the set.

When a desperate situation comes and the hungry zombies are already approaching you, you can write a note and also hide it in a capsule.

The flashlight was included without a battery. Which makes it 100% useless in any situation.

If we assume that you prepared for an emergency in advance and prepared a battery (or even several), the flashlight will become your faithful assistant. Small and lightweight – I would add a secure lanyard to hang around the wrist. It shines brightly – halogen flashlights are all like that now. Has a “strobe” mode – you can send a noticeable signal from afar.

I would prefer to see a dynamo-lantern in the set, but it will not be fashionable at all and may cause unnecessary stupor for professional office survivalists.

This really surprised me. Why a tactical pen is needed in a survival kit – I could not answer myself. It would be better if they put the knife down, honestly.

The likelihood that the owner of the kit will also be a master of working with javara is very small. Why else it was possible to put such an item in the set I don’t understand. Probably, to give solidity – what kind of survival without a brutal tactical handle.

Yawara – Japanese knuckle dusters for stabbing. Strengthening the blow of the hand with an object clamped in it led to the emergence of a simple but very effective weapon – a short stick.

It is also a fashionable thing among “office Rimbaud” in our times.

But we must admit – in adult emergencies it will not be superfluous. I doubt that there is of course a paracord … the cord from which the bracelet is woven looks very “thin”. But still some kind of rope. Already useful in the household.

Also, a mini-compass is fixed on the bracelet (I didn’t check if it works to be honest), a flint – although small, but it may be more valuable than a gold bar and some kind of rounded “thing” with a hint of a cutting edge … I’m not sure what this “thing” »It will turn out to cut / saw through the rope that has entangled you, but it is definitely possible to effectively cut the thread on the girl’s skirt while walking in the park.

The bracelet fits a middle man’s hand – the plastic clips hold firmly, although there is no guarantee that they will hold for a long time. The plastic is also quite flimsy in sensations.

I am glad that there is a detailed instruction in English for the plate – clearly giving a name to each hole. There will be something to do on a warm summer evening of the first day of Armageddon by the fire.

I don’t know who buys such sets for $22 – I would definitely not buy it if the task was to prepare an NAZ or an “emergency backpack”.

Most likely, such kits were created for office plankton, for which turning off Wi-Fi is worse than any flood or natural disaster. But sometimes they also want to “play adults” and that’s when they buy such sets, take the biggest knives “Rimbaud is crying with envy” and go … to the park for a picnic.

But seriously, it’s better to have such a set with you during an emergency than nothing at all. And it’s even better if in your life there are no situations at all when the question of survival arises!

Recommended for you:
What to Do if You Fall Through the Ice: a Survival Guide
12 Fishing Knots for Hooks
How to get a fishing license
Polaris: How to Find & Interesting Facts
Sunstroke and Heat Stroke: Signs, Symptoms, First Aid
What to Do in a Tornado: Safety Tips
How to Make a Fire in the Rain in the Wods. 10 Tips for Making a Fire in the Rain
Survival Kit for the Woods - a List of the Most Necessary Things
Snow Avalanche: Varieties and Safety
Weaving a Paracord Belt
10 Easy Ways to Make a Fire Without Matches
How to Open a Jar With a Lid - 5 Ways
How Do You Physically Prepare for a Hike?
What Canned Food to Take on a Camping Trip?