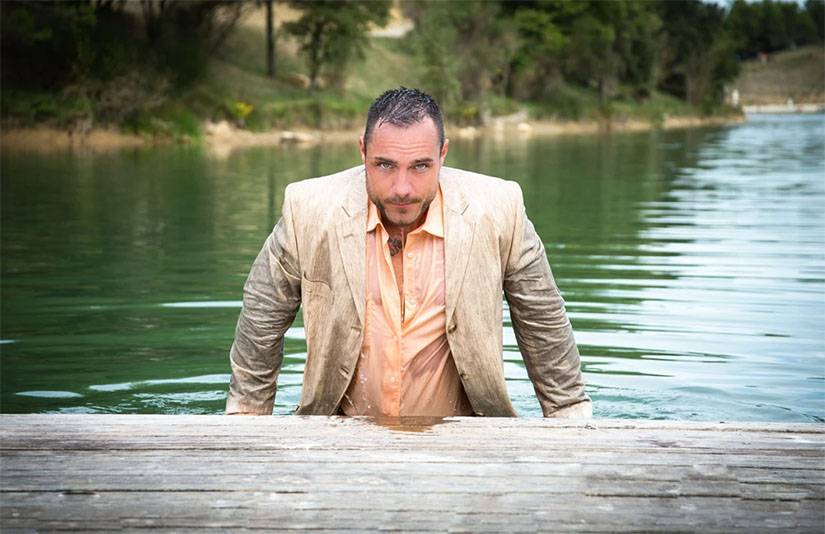 Surviving in the Wilderness: 8 True Stories of People Who Managed to Survive in the Wild

A Friend among strangers: 8 true stories of people who managed to survive in the wild
Everyone knows the story of the little boy Mowgli, who once found himself alone in the middle of the jungle and was raised by a family of wolves. And although this is just a fairy tale, it turns out that in real life such cases are not uncommon either.

In this article we want to tell you about eight people who have had time to live among wild animals.

The story of this guy from Uganda probably resembles the plot of the famous Kipling story more than any other.

John Ssebunya found himself alone in the middle of the forest when he was less than three years old. The boy was born in the midst of a civil war when the entire population of Uganda was suffering from brutality and human rights abuses. In 1988, his father killed his wife during another argument, but 4-year-old Ssebunya managed to escape into the forest.

Luckily, John ended up with a pack of monkeys who took him in and raised him as one of their cubs. The man later recounted how his introduction to the primates went. For several days, the monkeys circled around him, sniffing and examining him, and then began to bring him nuts and roots.

It was not until three years later that the boy was discovered by rescuers. He was completely wild, his body and face covered with long hair, his knees almost white from crawling on them all the time. When the boy was taken to the shelter, he was in a terrible condition. A meter and a half long tapeworms were extracted from his intestines. The doctors assure him that if he had lived with the monkeys a little longer, he would soon have died.

Tippi Degre is called the modern Mowgli. Now she is 29 years old, but she spent her entire childhood in Namibia, among wild animals and aborigines. Her parents are famous French photographers, hunters for fascinating nature shots.

Tippys family was constantly traveling, including to countries in Africa. This allowed the girl to make friends with wild animals: zebras, ostriches, leopards, tigers, giant frogs and chameleons, meerkats, cheetahs and even lions.

The girls parents, Alain Degret and Sylvia Robert, captured her childhood on film and released a photo book called Tippy in Africa, which brought her wide acclaim.

Now Tippy studies film at the University of Paris III of the New Sorbonne and makes wildlife documentaries. But she is remembered all over the world for her amazing animal photos that take your breath away!

When Marcos was three years old, his mother died and his father sold him to a local farmer to help him farm in the mountains. The farmer was old and soon died, and the boy was left all alone in an unfamiliar area. The boys only friends were snakes, goats, and wolves. With the latter he developed a particularly close relationship.

Marcus once hid in a cave where a she-wolf and her little wolf cubs lived. At first the animals shunned the child, but soon took him into their family. They taught him how to survive in the wild, showed him which mushrooms and berries to eat and which not to, shared their prey with him, taught him how to hunt small game.

When Marcos was discovered 12 years later by the Spanish gendarmes, he hardly spoke, instead mimicking the sounds of animals. By force he was returned to his father to identify his son. The only thing the man asked was, Where is your jacket?

It was not easy for Marcos to return to a normal life. The man had to learn to live again and for years dreamed of escaping back to the mountains. Now in his seventies, he lives in a small cave-like house, plays the guitar and piano, and works part-time in a local bar.

American Timothy Treadwell is sometimes called the grizzly man. Thats because this man has lived side by side with bears for 13 years! Timothys parents said that before he was a teenager he was just an ordinary guy, but after he moved and went to college, his life changed dramatically. The boy became addicted to drugs and alcohol, and in 1980 he suffered a fatal overdose.

It was then that he realized he had to devote his life to something important, like wildlife studies. Treadwell was particularly interested in bears. For the entire summer season, the man went to live in Katmai National Park, where he came into close contact with the brown predators, despite the risks involved.

Unfortunately, ironically, it was from the clutches of a bear that Timothy Treadwell died. It happened in October 2003. The bodies of the naturalist and his girlfriend were found at a campground in Katmai Park. They had been dismembered and half-eaten. It was later discovered that the lovers had been victimized by two grizzly bears. This was the first time a bear had killed a man in the 85-year history of the national park.

Sean Ellis is a famous British explorer, who spent different periods of his life among wild animals. For the sake of studying wolves closer, the man settled in their pack and even became its leader for a while. By the way, once the Georgian scientist Jason Konstantinovich Badridze ventured a similar experiment. You can read about his fascinating experience with wolves here.

Really, Ellis has lived with wolves for much longer, which has made him understand wolf howls, knows by sight each individual, knows how to hunt, and mimics other wolf habits perfectly.

The zoologist once even had a house on the outskirts of Combe Martin Park, which allowed him to spend even more time with his wild brothers. The man said that he used his communication skills to try to keep the wolves away from other people, thereby keeping them safe from each other.

Diane Fossey was one of the greatest primatologists. This woman understood gorillas behavior better than anyone else, could communicate with them, discerned their emotions, and even befriended some primates. Fosseys long residence among great apes in Congo and Rwanda contributed to such closeness. In total, Diane spent about 18 years in the wild.

In 1983, Fosseys book entitled Gorillas in the Mist was published, detailing the lives of monkeys and calling for a fight to protect endangered species.

A few years later a woman was brutally murdered in her bungalow near the Karisok Research Center, Rwanda. The case was never solved, but there is speculation that she was killed by poachers who hunted gorillas.

When Marina was five years old, unknown people kidnapped her from her home and threw her into the depths of the Colombian jungle, from which, despite her best efforts, she could not escape. The only thing left for her was to join a pack of capuchin monkeys, who mistook the small child for one of their own.

She spent the next few years with the monkeys until she was discovered by local hunters. By then the girl had forgotten her native speech and moved around like a primate. Marina was sold to a brothel and later became a slave of a mafia family. The girl was saved from a predicament by her neighbors – when Chapman was 14, she was adopted by a woman named Maria. After that, the girl began to live a normal life, but her journey to full recovery continues to this day. At this point, the woman is about 70 years old.

Jane Goodall is one of the planets most famous explorers, who was awarded an Order of the British Empire for her scientific achievements. Beginning in the 1960s, Goodall worked in Gombe Stream National Park in Tanzania.

Scientist lived for a long time in the society of apes, studied their behavior, was able to discover many unknown facts about chimpanzees and was even officially accepted into their family.

Thanks to Goodall, the world has learned that they have much more advanced intelligence than previously thought. The woman proved that these animals are able to use the tools at hand and can even improve them for quality work.

Recommended for you:
SOS signal with a knock. How to give SOS signals correctly
Making Tea in Nature
How to Open a Jar With a Lid - 5 Ways
Survival Kit for the Woods - a List of the Most Necessary Things
How to get a fishing license
Hunting With Stuffed Ducks in the Fall
What Foods to Take With You on a Hike
How to Properly Set Up a Tent When Camping
How to Determine the Sides of the World from an Ant Hill
How to Start Fishing
How to Make a Tree House With Your Own Hands
Wound Treatment On a Hike
Bear Hunting: Approach Hunting, Oat Hunting, and Other Modern Tactics
Aggressiveness of Wild Animals Toward Humans